Joe Biden Wants To Raise Taxes by $3.2 Trillion for Health Care and Infrastructure 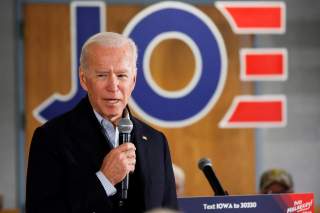 According to Bloomberg, former Vice President and Democratic Candidate Joe Biden is looking to raise about $3.2 trillion in additional federal revenue to pay for his infrastructure, health care, and high education plans. A key part of his proposal is what his campaign is calling a “minimum book tax.” This tax is aimed at large companies that currently report profits on their financial statement, but no current federal tax liability.

Details are currently light, but from the Bloomberg description, the tax would only apply to companies with $100 million or more in net income. The minimum tax would be 15 percent of book profits, but would still allow a deduction for losses carried forward from previous years and a credit for foreign taxes paid. As a minimum tax, a company would likely need to calculate its minimum tax liability and regular tax liability and pay tax to the extent that the minimum tax liability exceeds normal liability. The campaign estimates that it would raise an additional $400 billion over a decade.

Up until recently, the federal tax code had a corporate alternative minimum tax, but the tax was eliminated as part of the 2017 tax act.

Joe Biden isn’t the only candidate who wants to raise taxes on corporations by targeting book income. Earlier this year, Senator and Democratic Candidate Elizabeth Warren (D-MA) proposed what she called the “Real Corporate Profits Tax,” which would apply a 7 percent tax on corporate book profits of companies with $100 million and more in net income. Her tax would be more expansive as it would have no adjustment for losses or foreign taxes paid. It would also not be a minimum tax — companies would need to pay it on top of their regular corporate tax liability.

One of the most common differences between book and taxable income, and why these proposals raise significant revenue, is the treatment of capital investments. The federal tax code provides accelerated depreciation, which allows companies to deduct the cost of investments faster than they would on their financial statements (in fact there is an incentive to write off investments slowly on financial statements). This can lead to years in which growing companies can report no federal tax liability, but can have book profits. Accelerated depreciation was expanded as part of the 2017 tax act as a means to reduce the cost of investment for companies.

Whenever a minimum tax proposal pops up, whether for corporations or individuals, it’s worth asking: Why not just reform the existing tax code the way you want? Biden’s minimum tax is largely limiting the benefit companies get from accelerated depreciation. If the campaign is uncomfortable with this policy, why don’t they just propose eliminating it altogether? It would reduce the incentive to invest, but at the very least it would avoid adding the complexity of requiring companies to calculate two taxes.

Note: The original version of this blog post stated that the proposed minimum tax rate was 10 percent. This has been updated to the correct rate, which is 15 percent.

This article by Kyle Pomerleau first appeared at the American Enterprise Institute.