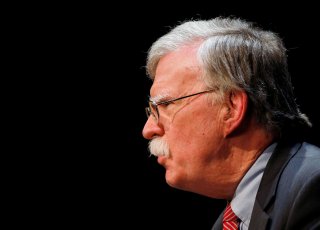 Former National Security Advisor John Bolton is supporting efforts to drastically reform the  World Health Organization (WHO) after recent reports suggested the organization is in league with China.

WHO Director-General Tedros Adhanom Ghebreyesus should resign amid reports he is subservient to Beijing, Bolton told his Twitter followers Monday night. Florida Sens. Rick Scott and Marco Rubio are also calling on the organization to shake up its structure.

“The @WHO is an accomplice to China’s massive coverup of Covid19. That’s why I support efforts by @marcorubio & @tedcruz pushing for resignation of WHO director general. He misled the world by blindly trusting a communist regime intent on deception,” Bolton wrote.

Rubio, a Republican, suggested in an April 1 National Review editorial that the organization is Beijing’s hand puppet.

“The world’s leading global health organization cannot be used as a tool of the CCP, and the U.S. — the WHO’s largest financial contributor, giving five times as much money as obligated — must take steps to ensure it does,” Rubio wrote.

Scott called for a congressional investigation in March into whether the WHO helped China’s communist government cover up the virus in its early stages.

Tedros, for his part, has effusively praised China for what he considers a transparent response to the coronavirus, or COVID-19, which has killed more than 30,000 people worldwide and caused governments to send economies to a screeching halt.

In reality, Chinese censors reportedly worked to suppress information about the virus as health professionals in China spread their concern on an app called WeChat. They even punished health officials who discretely warned superiors before it became a pandemic.