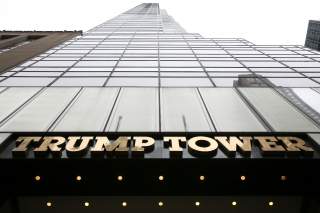 Scarpulla accused the president of breaching his obligation to the Donald J. Trump Foundation nonprofit by allowing his campaign staff to plan a fundraiser for veterans ahead of the 2016 Iowa caucuses, thus giving his actions political motive, The Associated Press reported citing the judge’s declaration.

A judge orders President Trump to pay $2 million to settle a lawsuit alleging he misused his charitable foundation to further his political and business interests. The judge also agreed on a deal to close the Trump Foundation, distribute remaining funds. https://t.co/WkXcGzRYHf

Scarpulla said Trump’s lawyers initially attempted to dismiss his petition but later “set out to consensually resolve this proceeding” at his “urging” over “several months,” the declaration reads.

Trump’s lawyers agreed to distribute $1.8 million in remaining assets from the Trump Foundation, as well as $2 million from Trump personally, to eight different charities, according to The Wall Street Journal.

Trump also agreed to pay back $11,525 that was spent on champagne and sports memorabilia at a charity gala and agreed to have less involvement in other charities in the future, AP reported.

The president tried to dissolve the charity in 2016, but Eric Schneiderman, New York’s attorney general at the time, blocked the move, according to The Washington Post.

Trump said in a December 2016 statement that the charity had done “enormous good works over the years in contributing millions of dollars to countless worthy groups,” but he was planning to close the foundation to “avoid even the appearance of any conflict with my role as president.”

New York Attorney General Letitia James, a Democrat, called the decision a “major victory in our efforts to protect charitable assets and hold accountable those who would abuse charities for personal gain,” adding that “no one is above the law — not a businessman, not a candidate for office, and not even the President of the United States,” according to AP.