Junk: Why the Soviet Union Hated Its Own T-35 Tank 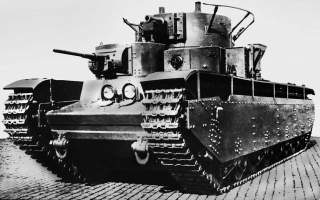 Key point: Poorly built, easy to spot, and weak in armor, the T-35 was often a sitting duck. Despite making many other great tanks, Moscow erred when it produced the T-35.

This first appeared in May 2018 and is being reposted due to reader interest.