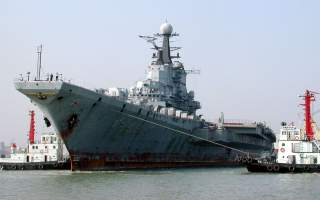 Key point: Four of these fixed-wing carriers were built.