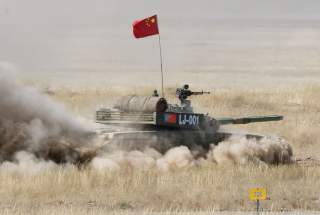 Key point: Beijing's newest tank is up-to-date and can give other top-of-the-line armor a run for their money. China has been modernizing its army for decades and this serious tank is proof of that.