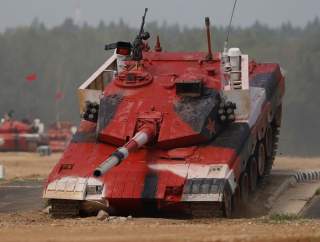 Key point: There are many ways to protect a tank, but not all of them work. In fact, it looks like new Active Protection Systems don't do much good against Russian weapons.