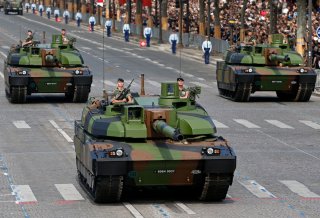 Key point: These tanks have rarely been used, but Paris really wanted its own homemade tanks. Here's what they can do.