Just How Many Nuclear Facilities Is Iran Hiding? 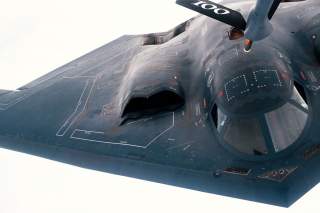 Key point: Iran is still not fully cooperating with international inspectors over its nuclear program.

Last week, Prime Minister Benjamin Netanyahu – his career now hanging by a thread after a split vote in Tuesday’s election – announced that Israel had discovered yet another covert nuclear site in Iran, this time in the city of Abadeh. “In this site,” he said, “Iran conducted experiments to develop nuclear weapons.” But when Iranian leaders realized that Israel was on to them, “they destroyed the site. They just wiped it out.” Satellite imagery presented by Netanyahu appears to confirm the demolition.

Rewind one year. In a speech to the UN General Assembly, Netanyahu announced that Israel found “a secret atomic warehouse for storing massive amounts of equipment and materiel from Iran’s secret nuclear weapons program.” Commercial satellite imagery appears to confirm that Iran subsequently emptied the warehouse. Still, when inspectors from the International Atomic Energy Agency (IAEA) belatedly visited the site in early 2019, they found traces of uranium.

Rewind another five months. Netanyahu announced that Israel’s Mossad intelligence agency conducted a raid of a secret atomic archive in another warehouse, removing more than 100,000 files documenting Tehran’s past efforts to develop a nuclear weapon. The archive contained a trove of new information about Iran’s nuclear program, identifying nuclear facilities, equipment, and activities previously unknown to the IAEA – including the Abadeh site.

In the fall of 2015, just after the finalization of the landmark nuclear deal, Iran granted IAEA inspectors partial access to the Parchin military complex, where they found particles of uranium. Nevertheless, the implementation of the deal proceeded, showering Iran with billions of dollars in sanctions relief. When the Israelis subsequently seized the nuclear archive, they found documents discussing nuclear activity at Parchin hitherto unknown to the IAEA.

No known follow-up visit to Parchin has occurred since 2015, contravening standard IAEA protocol.

On Wednesday, Netanyahu announced he had canceled his scheduled speech next week before the UN General Assembly, where – if past is precedent – he surely would have provided more detail about Iran's covert nuclear activities. Regardless of his political future, his disclosures showing the folly of the nuclear deal, formally known as the Joint Comprehensive Plan of Action (JCPOA), will define his legacy.

It was not supposed to be this way. To listen to the Obama administration, you would think the JCPOA leaves no stone unturned. The accord provides “the most comprehensive and intrusive inspection and verification regime ever negotiated,” President Obama claimed. The JCPOA “is not built on trust,” he contended. “It is built on verification.”

Secretary of State John Kerry insisted that Washington already knew the full extent of Iran’s past and present nuclear weaponization activities. “We know what they did,” he declared. “We have no doubt. We have absolute knowledge with respect to the certain military activities they were engaged in.”

In that case, why has Israel discovered one new nuclear-related site after another while the IAEA seems flatfooted?

The answer is twofold. First, because the accord never required Iran to come clean on its past nuclear activities, the IAEA has lacked an accurate baseline to verify Iran’s implementation of its commitments. Notwithstanding the Obama administration’s claims of nuclear omniscience, the full contours of Iran’s nuclear program remain unknown. Consequently, claims by JCPOA proponents that Iran has complied with its terms have always rested on piecemeal data.

Tehran has likely drawn the appropriate conclusion: Covert nuclear activity can continue with impunity. In this context, Iran’s decision to preserve the nuclear archive also suggests that it seeks to maintain its nuclear knowhow for future use. The Israeli findings may be only the beginning.

Second, the IAEA – for political reasons – has lacked the will to tell unpleasant truths, lest they undermine the JCPOA. After all, the U.S. withdrawal from the JCPOA, not to mention increasing tensions in the Persian Gulf, has left the accord on life support. The IAEA likely fears that further disclosures of Iranian defiance will be the straw that breaks the camel’s back.

But it is not too late for the IAEA to reverse course. The agency’s previous director general, Yukiya Amano, passed away in July. His permanent successor, whose appointment remains pending, has an opportunity to revisit the issue. In the meantime, the acting director general, Cornel Feruta, can and should demand full access to Parchin, Abadeh, and all other sites identified in the archive.

For the past four years, the IAEA and the JCPOA’s supporters have treated the JCPOA as too big to fail. Yet if Iran’s behavior is any indication, the JCPOA has proven too flimsy to succeed. If the agency fails to hold Iran accountable, it is only a matter of time before further disclosures of Iranian misconduct emerge. Again.

Tzvi Kahn is a senior Iran analyst at the Foundation for Defense of Democracies. Follow him on Twitter @TzviKahn.