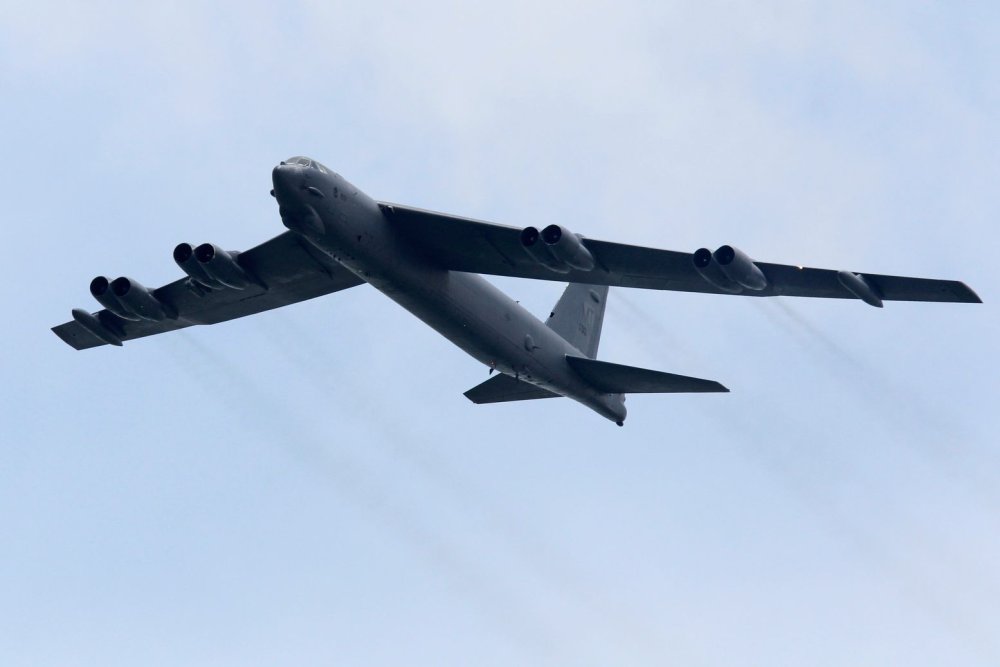 Earlier this month, three U.S. Air Force B-52 bombers, flying out of the RAF Fairford airbase in Britain, flew over the Barents Sea near the Arctic Circle. The B-52s, part of the 2nd Bomb Wing based at Barksdale Air Force Base, Louisiana, are part of a 2nd Bomb Wing rotation to Britain for exercises with European allies.

B-52s have flown over the Barents at least three times over the last several months. When the National Interest queried the Air Force about these missions in September, a spokesman for U.S. Air Forces in Europe command blandly replied that “for operational security reasons, we cannot discuss specific locations of where the aircraft are flying; however, U.S. Air Force bombers fly and conduct missions throughout Europe, in international airspace or over sovereign territory after coordination with and approval from all respective nations.”

However, several Russian news and aviation sites – as well as a Norwegian news site – are reporting that the latest flight flew near sensitive Russian military bases, including those that service nuclear submarines.

“For the third time this autumn, U.S. strategic bombers were flying north of the Arctic Circle in Europe,” said the Norway-based Barents Observer. “This time, however, the planes went much deeper into international airspace near facilities of high importance for Russia’s military.”

Initially, the three B-52s flew alongside five Norwegian F-16s along the Norwegian coast and into the Barents Sea. U.S. P-8 maritime patrol aircraft were also present, as were aerial tankers that refueled the F-16s. “The planes were flying together up north along the coast of Norway before taking an eastern route into the Barents Sea from north of North Cape,” said the Barents Observer.

Major Brynjar Stordal, a Norwegian military spokesman told the newspaper that the F-16s eventually peeled away from the B-52s as they approached the eastern Barents Sea, the home turf of Russia’s Northern Fleet.

Stordal said the Norwegian planes flew to approximately 31 degrees East, or the same longitude as Vardø, the easternmost town on the Norwegian Barents Sea coast. “While the Norwegian F-16s did not fly further east along the coast of the Kola Peninsula or northeast in the Barents Sea, the American bombers seem to have continued,” according to the Barents Observer.

“Somewhere north of Finnmark the planes spread into three different directions; one stayed in the western Barents Sea, one flew northeast to the coast of Novaya Zemlya and one flew along the coast of the Kola Peninsula towards Kap Kanin at the entrance to the White Sea.”

“Transponders were turned on, and American pilots actively spoke English with the duty officer at the Murmansk Central Internal Affairs Directorate,” the sources said.

This seems like yet another case of the tweaking that has gone on since the Cold War, where American and Russian aircraft approach each other’s borders, without crossing the line. It’s a sort of game, though with potentially lethal consequences. The Soviets shot down several U.S. spy planes, and it’s not hard to imagine Russia getting nervous about bombers flying near its most sensitive military bases.

Michael Peck is a contributing writer for the National Interest. He can be found on Twitter and Facebook. This first appeared in November 2019.