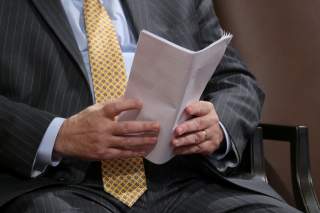 The Justice Department’s office of the inspector general found “significant inaccuracies” in the FBI’s applications for warrants to conduct surveillance against a Trump campaign adviser, according to a report released Monday.

Michael Horowitz, the inspector general, laid out a lengthy list of FBI officials’ missteps in the Trump-Russia investigation. Most of those involved the FBI’s handling of information used in applications to obtain Foreign Intelligence Surveillance Act (FISA) warrants against Carter Page, a former Trump campaign aide.

Attorney General William Barr issued a statement shortly before the release of the report, saying the report “now makes clear that the FBI launched an intrusive investigation of a U.S. presidential campaign on the thinnest of suspicions that, in my view, were insufficient to justify the steps taken.”

FBI officials relied on information from Christopher Steele, a former British spy who worked for Democrats, as part of the FISA applications against Page. The bureau alleged there was probable cause to believe Page was working as an agent of Russia.

The special counsel’s report severely undermined those conspiracy theories. It said there was no evidence that Trump associates conspired with Russia, or that any served as Russian agents.

Republicans have asserted the FBI misled FISA judges by relying on Steele’s unverified allegations about Page.