Jutland: Check Out the Biggest, Baddest Battleship Battle in History 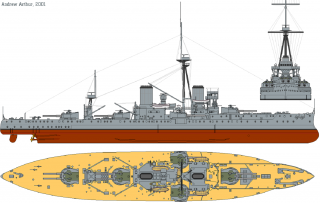 2016 is a big year for centenaries, because 1916 was the pivotal year in the First World War. One hundred years ago in February German forces attacked the French at Verdun, while 1 July will mark the hundredth anniversary of the Anglo-French offensive on the Somme.

But between these momentous events there occurred the greatest naval battle of the war, and on some measures the greatest in history. On the afternoon of May 31, 1916, the full battle fleets of Britain and Germany clashed for the first and only time, in the North Sea off Denmark’s Jutland peninsula.

Jutland doesn’t loom large in Australia’s memory, because no Australian ships and few Australian seamen took part. But it’s a centenary we should be marking alongside those of more famous battles, because it ensured that Britain would remain the world’s dominant naval power, and that was Australia’s primary strategic objective in the whole war.

Imperial loyalty aside, Australians went to war in 1914 for hard-headed strategic reasons. They depended on Britain’s navy for security from the rising power of Japan, and that would have been lost had the allies been defeated by Germany. That’s what the AIF fought on the Western Front to help prevent, but avoiding defeat on land would have been futile had Germany succeeded in destroying British power at sea.

That power was embodied in the Royal Navy’s Grand Fleet, based in Scotland. Its 28 battleships and 9 battlecruisers weren’t just the ultimate guarantor of Australia’s security. Simply by being there, they precluded any direct attack on Britain, and strangled Germany’s war effort by blockading its North Sea and Baltic ports.

Preserving the Grand Fleet intact was therefore essential to allied hopes of victory in Europe, as well as to Australia’s security from Japan. Conversely, by 1916 as a decisive breakthrough on land seemed more and more remote, Germany’s hopes of winning the war came to rest on the chance that it could impose a crushing defeat on the Grand Fleet. So Germany needed to fight and win a great naval battle.

Britain on the other hand didn’t need to win a battle: strategically it just needed to keep the Grand Fleet intact by avoiding defeat. That was what Churchill meant when he reflected after the war that the Grand Fleet’s commander, Admiral Sir John Jellicoe, was ‘the only man on either side who could lose the war in an afternoon’. He had worried that a full-scale clash might produce the kind of catastrophic defeat that Japan had inflicted on Russia’s navy a decades earlier at Tsushima.

But avoiding battle wasn’t the Royal Navy’s way. Their fighting traditions drove them to seek a crushing victory like Trafalgar, if only to show they were Nelson’s worthy successors. And they had reason for confidence. The Grand Fleet handily outnumbered the German High Seas Fleet’s 16 modern battleships and 5 battlecruisers.

That meant that the German commander, Admiral Scheer, had to avoid facing the entire Grand Fleet at once. His only hope was to meet and defeat a portion of the British fleet with his entire force, after which he could face the remaining British ships with better odds.

That’s what Scheer tried to do on 31 May 1916. He sent his fast battlecruisers into the North Sea, hoping to lure Britain’s battlecruisers out to fight and then ambush them with his battleships. But Jellicoe learned of Scheer’s plan and sent the entire Grand Fleet to counter-ambush Schreer. The stage seemed set for an historic victory.

Had fate not intervened, Australian forces might have played a key role in what followed. The RAN’s flagship, HMAS Australia, was a fast and heavily-gunned battlecruiser serving with the British battlecruisers which were sent to lure the Germans into Jellicoe’s trap. It would have been with them in the thick of the battle, but it was in dock for repairs after ignominiously colliding with HMS New Zealand in fog a few weeks before.

In fact Germany claimed a victory, boasting that Britain had lost more and bigger ships, and twice as many men. But the Germans lost their nerve, and never again tried to challenge the Grand Fleet. That means that strategically the battle was a British success, because Jellicoe had preserved the Grand Fleet, and neutralized the German naval threat.

But that was little consolation for the failure to win the kind of Nelsonian triumph which, for a few hours that afternoon, seemed so tantalizingly to be within reach. Naval historians still debate passionately about who among the commanders that day was most responsible for the failure, but in fact the outcome had more to do with technologies than personalities.

In the decades before Jutland, naval warfare had been transformed by a whole series of astonishing technological revolutions: from wood to steel ships, wind power to oil-fired turbines, from bronze muzzle-loading guns to 15 inch behemoths, and such utterly new inventions as submarines, torpedoes, radio and aircraft.

Immense sums had been spent perfecting the mighty ships that embodied these new technologies, but they had hardly ever been used in action. No one that afternoon had learned how to fight with them, and in fact no one ever did. The big battleship fleets never met again before the armistice in 1918. Battleships were obsolete by the time the next big naval battles were fought in the Pacific 25 years later. And by then it was clear that Australia could no longer rely on the Royal Navy.