Kedr: Russia Is Building a New and Quite Mysterious ICBM 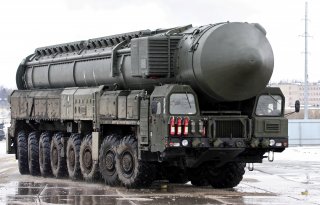 Kedr is a solid-fueled ICBM system that, like its Yars predecessor, will come in both mobile and silo-based variants. Mobile-road ICBM systems enjoy several advantages over their silo counterparts; in particular, they are harder to locate, track, target, and destroy, making them potentially more survivable.