Is the Kel-Tec P17 the Best Budget .22LR Pistol on the Market? 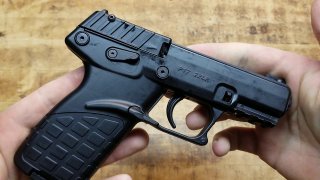