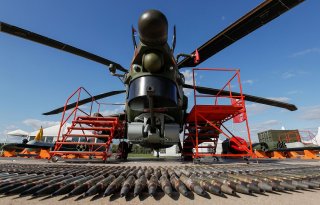 Key Point: This upgraded helicopter is decently modern and features abilities that American helicopters already have. Also, like other weapons, Russia is testing this platform out in Syria's Civil War.