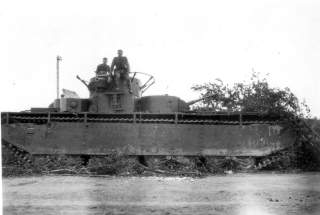 Key point: It was both a deadly land battleship and a total disaster.