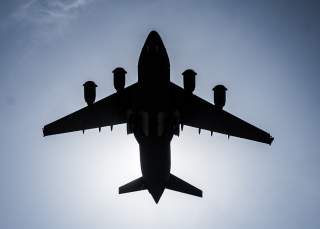 A big deal or not?

The U.S. Air Force has announced that they have a new laser defense system and that it has shot down multiple missiles during a test in New Mexico.

Known as the Self-Protect High-Energy Laser Demonstrator (SHiELD), the land-based laser demonstrator is slated to act as a point-defense system on aircraft, be it in turret or pod form.

The system was tested at the White Sands Missile Range and shot down multiple missiles.

“During the series of tests at the High Energy Laser System Test Facility, the Demonstrator Laser Weapon System, acting as a ground-based test surrogate for the SHiELD system, was able to engage and shoot down several air-launched missiles in flight,” the Air Force wrote in a statement.

“The demonstration is an important step of the SHiELD system development, by validating laser effectiveness against the target missiles. The final SHiELD system, however, will be much smaller and lighter, as well as ruggedized for an airborne environment.”

While anti-missile defense lasers have existed in the past, none were particularly rugged or practical, with one of the most notable being the Boeing YAL-1.