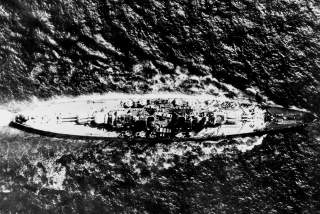 The above is part of an ongoing National Interest series based on Robert Farley’s recent publication, The Battleship Book.