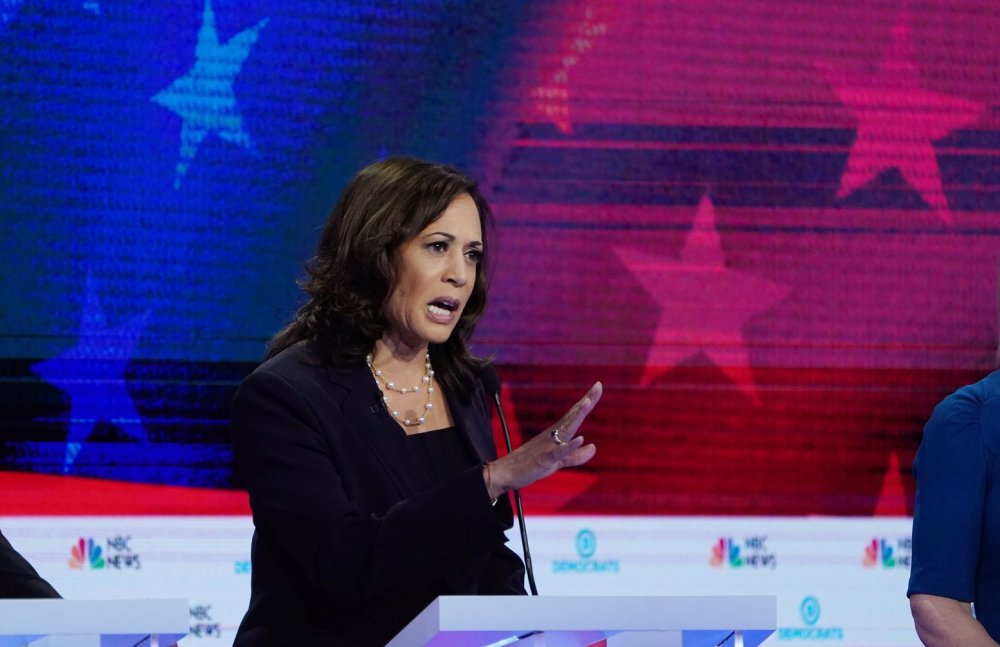 Throughout the two debates, Democrats didn’t just echo Roosevelt in their diagnosis for what’s wrong with the nation, but they also echoed him on the solutions.

There was a Republican on the Democratic Party debate stage – a Progressive Republican who sometimes liked to “speak softly, and carry a big stick.” Did you notice him?

“When I say that I am for the square deal,” said the politician, “I mean not merely that I stand for fair play under the present rules of the game, but that I stand for having those rules changed so as to work for a more substantial equality of opportunity.”

You would be forgiven if you confused President Theodore Roosevelt’s 1910 speech for something said by one of the candidates running in the Democratic Party presidential primary in 2019.

Ours is the New Gilded Age of ostentatious, unaccountable wealth and growing inequality, and current politicians sound a lot like their predecessors. The Gilded Age – the name given to the period after the Civil War to about 1900 – was characterized by massive industrialization and wealth accumulation in the hands of the few and at the expense of the many. “Robber barons” like J.P. Morgan, Andrew Carnegie, Andrew W. Mellon and John D. Rockefeller controlled entire segments of the economy and were answerable to no one. Roosevelt sought to reign them in.

There are generational and policy differences between today’s Democratic candidates, but all 20 who made it onto the debate stage over two nights in Miami professed a Rooseveltian understanding of the ills facing the nation.

And – though no one used the term exactly – all promised Americans what Roosevelt promised the country: a new “square deal.”

According to Democrats, the ills of America today, like the ones in Roosevelt’s era, can be traced to unrestrained capitalism and corruption.

As Roosevelt said in 1910, “special interests” exerted a “sinister influence” over the government. To fight corruption, he said, “the citizens of the United States must effectively control the mighty commercial forces which they have called into being.”

Roosevelt would take political power away from corporations because “there can be no effective control of corporations while their political activity remains.” Ending corruption would “be neither a short nor an easy task,” but, Roosevelt promised, “it can be done.”

And so he did. Roosevelt instituted regulations on corporations in order to balance the interests of the people with those of capitalism.

Roosevelt’s solutions to reining in abusive corporations should sound familiar to those who watched the Democratic debates: conserving natural resources, controlling corporations through regulations and protecting consumers.

The Democratic candidates appear to share Roosevelt’s diagnosis of the problems facing the nation.

Massachusetts Sen. Elizabeth Warren opened the two-night debates with an echo of Roosevelt.

“We have three people in this country owning more wealth than the bottom half of America,” said Sanders, “while 500,000 people are sleeping out on the streets today. We think it is time for change, real change.”

Former Texas Congressman Beto O'Rourke echoed Roosevelt: “Right now, we have a system that favors those who can pay for access and outcomes. That’s how you explain an economy that is rigged to corporations and to the very wealthiest.”

New Jersey Sen. Cory Booker echoed Roosevelt, “I think we have a serious problem in our country with corporate consolidation. And you see the evidence of that in how dignity is being stripped from labor, and we have people that work full-time jobs and still can’t make a living wage.”

Former Vice President Joe Biden echoed Roosevelt, “Look, Donald Trump thinks Wall Street built America. Ordinary, middle-class Americans built America,” said Biden. “What I’m saying is that we’ve got to be straightforward. We have to make sure we understand that to return dignity to the middle class.”

Warren, Sanders, O'Rourke, Booker, Biden and Harris would all give Americans a new square deal.

Democrats like Biden blamed President Donald Trump for exacerbating the problems of the New Gilded Age with his tax cuts and deregulation. They accused him of putting profits over people.

Trump, for his part, has expressed admiration for the first Gilded Age.

Trump hoped to make America “great,” just like the Gilded Age when the robber barons ruled.

Throughout the two debates, Democrats didn’t just echo Roosevelt in their diagnosis for what’s wrong with the nation, but they also echoed him on the solutions.

Candidate after candidate argued that the problems of the New Gilded Age will only get worse unless the nation restrains corruption and gives Americans a new square deal.

As Warren noted, “We’ve had the laws out there for a long time to be able to fight back. What’s been missing is courage, courage in Washington to take on the giants. That’s part of the corruption in this system.”

This article by Jennifer Mercieca first appeared in 2019 in The Conversation via Creative Commons License.