Lawmakers Lash Out at Facebook Over Revenue Tactics That Damaged Journalism 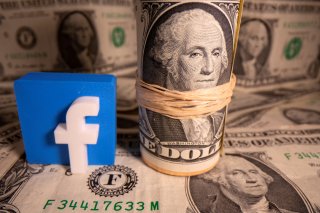 Lawmakers grilled the CEOs of four key technology companies during an hours-long hearing on the power of social media companies on Wednesday, at times focusing on the damaging impact they have had on journalists.

Facebook’s Mark Zuckerberg, Apple’s Tim Cook, Alphabet’s Sundar Pichai and Amazon’s Jeff Bezos all squared off with members of the House Judiciary Committee’s antitrust subcommittee from remote locations. Over the span of the hearing, they fielded esoteric questions from lawmakers about different controversies involving the companies over the years, or about why their favorite websites sometimes don’t come up in Google searches. Many of those questions had little to do with antitrust concerns.

At one point, Judiciary Committee Chairman Rep. Jerry Nadler (D-N.Y.) asked Zuckerberg about Facebook's “pivot to video” controversy, which prompted media publishers to veer away from publishing original stories on their own websites to creating short-form video content that could be promoted on third-party platforms in an effort to capitalize on social media traffic.

Nadler asked Zuckerberg about how Google and Facebook had captured large portions of ad revenue from media companies and noted that Facebook encouraged media firms to prioritize video content a few years ago. Many companies embraced Facebook’s suggestion, laying off journalists and other editorial employees only to discover that Facebook’s “revenue from video” trend was misleading.

“Mr. Zuckerberg, in 2015 Facebook reported high and quickly growing rates of video viewership on its platform,” Nadler said. “Based on these metrics, news publishers fired hundreds of journalists, choosing instead to boost their video division. In 2018, it was discovered that Facebook had inflated these metrics, and had known about these inaccuracies several years before Facebook publicly disclosed this. Mr. Zuckerberg, did you know that these metrics were inflated before they were publicly released?”

“Congressman, no, I did not,” the Facebook CEO replied. “And we regret that mistake, and have put in place a number of other measures since then to make sure—”

Nadler, who was appearing remotely as well, then interrupted.

“Did you realize the harm that this caused journalists across the country?” Nadler asked.

“Congressman, I certainly know how important it is that the metrics that we report are accurate, and we’ve put in place additional measures to make sure that we can audit those,” Zuckerberg replied.

“And what do you have to say, to the journalists who lost their jobs because of Facebook's deception?” Nadler asked.

“I disagree with that characterization,” the CEO said. “And also, your description.”

Nadler then interrupted again to ask a question of Alphabet’s Pichai.

A Vanity Fair report in 2018, citing internal documents, indicated that the “pivot to video” incentives offered by Facebook were presented dishonestly.