Lebanon’s Diaspora Community Is Mobilizing Ahead of National Elections 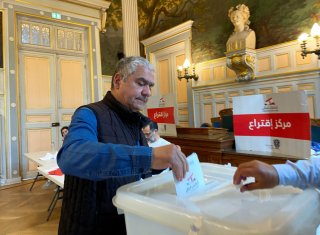 Lebanon’s parliamentary elections on May 15 will be a defining moment for the country’s political future. Lebanese voters both at home and abroad will have the chance to vote for new representatives who will tackle the pressing challenges facing Lebanon today. The stakes are high and many Lebanese who are eligible to vote are rushing to polling stations to cast their ballots. A large number of these voters are Lebanese expatriates.

Although all Lebanese expats have played the unofficial role of “cultural ambassadors” when traveling overseas, so few felt a strong sense of obligation to their ancestral homeland politically. In truth, many of them living in Europe, Africa, and North America have recently moved to these places. That is because Lebanon’s economic status is unbearable. This crisis was brought on by the banking sector’s collapse. Lebanese who previously could make a decent living have lost most of their salary’s value and were forced to look elsewhere to make up for this loss in purchasing power. They have now joined the millions of Lebanese scattered across the globe who have built a reputation of success. They could now be in a position to assist their friends and families back home.

The diaspora has for years acted as an economic safety net by sending billions of dollars in remittances back to Lebanon. Indeed, Lebanon is in such a state of poverty thanks to the mismanagement of resources and corruption by its ruling politicians that, at one point, former Prime Minister Hassan Diab asked visiting Lebanese to “come with dollars.” Diab eventually resigned following the Beirut port blast in 2020, the world’s largest non-nuclear explosion. During Diab’s time in office, he promised in a televised speech to uncover the truth and those responsible will “pay the price.” As of now, the only people who have paid any price are those who died and lost loved ones. The diaspora, meanwhile, quickly rallied to aid their fellow countrymen and women.

With all the talent, success, and wealth that exists in the estimated 15 million members of the Lebanese diaspora, why hasn’t any of it been used to influence Lebanon’s politics? A part of it has to do with a lack of political organization and a common strategy of how to solve the long list of problems that have grown over the years. That does not need to continue being the case. Close to 60 percent of the Lebanese diaspora who are eligible to vote turned out in early voting, a serious increase from the last election in 2018. As of now, more than 130,000 Lebanese abroad out of the 225,000 registered to vote did so.

Another significant development is who Lebanese expats are voting for. The slogan from the Lebanese 2019 protests was “Kilon Ya3ne Kilon” or “all of them means all of them.” This referred to all the established political parties and traditional ruling class of politicians who the protesters blame for bringing their country to its knees. Many diaspora members agreed. In this election, there is an expectation that a higher percentage of the diaspora will vote for independent candidates who are not affiliated with the status quo.

For decades, Lebanese voters didn’t have very many opposition political figures to back. Historically, most politicians ran on a sectarian basis, where they disguise their true intentions with the language of confessionalism and protecting their community. They would manipulate the fears of the Lebanese by resurrecting the memory of the fifteen-year civil war. This time though, many made a courageous decision to dismiss the establishment’s propaganda and vote for an opposition with non-aligned candidates. Many of the independent candidates running for parliament have accused supporters of traditional political violence towards them. In the south of Lebanon, a medical doctor named Hicham Hayek, who is running against the traditional Shia political alliance made up of Hezbollah and the Amal movement, told Al-Jazeera that he and his running mates were beaten by their supporters. He and his colleagues understood they would receive criticism and some backlash in what is widely regarded as Hezbollah’s “turf.”

However, never did they imagine facing violence for simply placing their names as choices in a “democratic” state. This is a quintessential example of how deeply entrenched sectarianism is in Lebanon and how tenaciously it is being held by some political factions.

The confessional system in Lebanon will take time to unravel or significantly reform where it no longer privileges those who run simply on a platform of religious tribalism. Still, with the rise of a more politically active Lebanese diaspora and a non-sectarian bloc that represents people based on citizenship, we may find ourselves witnessing the birth of a truly secular Lebanese state.