Lend-Lease Helped Win World War II, But Not On The Eastern Front 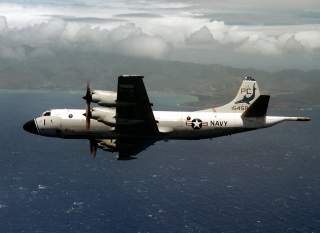 Key point: If the West had not invaded Europe and provided equipment, it would have taken Stalin far longer to defeat Nazi Germany.

Around 80 percent of the more than five million German military deaths in World War II occurred on the Eastern Front. This terrible conflict with the Red Army consumed great quantities of men and material until the Soviets decisively ended the war by capturing Berlin in May 1945.

During that time, the Red Army underwent a radical transformation, having been decimated by Joseph Stalin’s purges before Hitler’s armies invaded on June 22, 1941, inflicting horrendous losses.

But as the war progressed, the two sides effectively traded places, with the Red Army honing a mechanized “deep battle” doctrine that more closely resembled earlier German tactics — just as the German army fell into disarray as war-time casualties took their toll.

All the while, the Western Allies provided enormous quantities of supplies and other aid under the Lend-Lease policy. The United States and the United Kingdom supplied more than 21 million tons of aid to the Soviet Union during the war, including thousands of tanks and warplanes.

But the question of how much this aid affected the outcome of the war would become important not only for historians, but as a matter of national pride, as the Soviet Union went on to diminish Lend-Lease’s role in helping turn the tide of battle. Western historians would, perhaps for similar reasons, overstate the role of the aid in Soviet success.

The reality was a bit more complicated — and perhaps inconclusive. Most likely, the Soviets would have won regardless, as the Eastern Front for the Germans was unwinnable after the Battle of Stalingrad, before most of the aid to the USSR arrived. But Lend-Lease also certainly helped shorten the war and saved lives.

The Allies supplied more than 12,000 tanks to the Soviet Union. More than 5,000 came from the United Kingdom and Canada and included Valentine, Churchill and Matilda tanks. The United States, for its part, supplied nearly 1,400 M3 Lee tanks and more than 4,000 M4 Shermans.

While a substantial amount, these numbers were small in comparison to the tens of thousands of T-34s — the Red Army’s mainstay — produced during the conflict. The T-34 boasted superior armor, maneuverability and firepower.

The British tanks, having been supplied earlier in the war, were particularly handy in 1941 and 1942, the most decisive period in the war. But Soviet tankers were not fond of the British machines, especially the early-generation Valentines and Matildas, which had small turrets and underpowered cannons.

To be sure, the tanks were better than nothing, but outmatched in direct tank-on-tank combat with the latest German Panzers then rolling out of the Third Reich’s factories. David Glantz, a historian and author of When Titans Clashed: How the Red Army Stopped Hitler, noted that Soviet tankers preferred the American tanks to the British ones, but preferred Soviet ones most of all.

“[The Sherman’s] narrow treads made it much less mobile on mud than its German and Soviet counterparts, and it consumed great quantities of fuel,” Glantz wrote. “In fact, U.S. Army Ordnance planners had standardized this width early in the war to ensure that Shermans would fit onto ocean transports and across existing U.S. bridging equipment, two considerations that meant nothing to the Soviets.”

Which is something of an irony. The Sherman’s standardized tread width, which the Soviets didn’t like, helped get the tanks from the United States to the Soviet Union in the first place.

The Soviet Union and the Western Allies took different approaches to air power during the Second World War. In the West, advocates of strategic bombing and interceptors won out, and resulted in air arms which were well-equipped at striking deep into Germany.

The Soviet Union had different priorities, and preferred aircraft suited toward striking targets on the battlefield. The armored Ilyushin Il-2 ground-attack plane embodied this different concept — and the Soviets produced more than 36,000 during the war, more than any other military aircraft in history.

The Soviets were thus disappointed in the 4,700 U.S. P-39 Aircobras — although they were effective — and 3,000 British Hawker Hurricanes supplied under Lend-Lease. Far more consequential were the thousands of Western transport aircraft which bolstered the Red Army’s logistical backbone, and A-20 Havoc light bombers which contributed to Soviet offensive maneuvers.

The most significant chunk of Lend-Lease was less obvious. Trucks by the hundreds of thousands enabled the Red Army to mechanize itself, thereby allowing it to deepen and capitalize on armored breakthroughs through German lines, worsening Axis losses and speeding up the pace of the war.

This was the “deep battle” doctrine’s circulatory system and was key to the eventual Soviet victory. Without trucks, thousands if not millions more Soviet soldiers could have lost their lives in attacks on prepared German positions, as the Germans would have had more time to fall back and prepare.

With the trucks, the Soviets could continue pressing the Axis armies, keeping them off balance, all the way back to the Berlin.

The Allies also supplied vast quantities of fuel, clothing, machine guns, ammunition, metals, radios and industrial equipment — all of which softened the war’s blow to the USSR’s agricultural and industrial base.

“Without Lend-Lease … the Soviet economy would have been even more heavily burdened by the war effort,” Glantz noted.

But it’s unlikely the aid turned the war entirely in the Soviet Union’s favor, as the German military was overstretched even during the 1941 invasion. That vulnerability was exposed terribly during the Red Army’s 1941–1942 Moscow counter-offensive — and it’s unlikely Germany would have won the war even if it had captured Moscow. And that was when Lend-Lease was just beginning.

But Lend-Lease certainly helped in many ways. “If the Western Allies had not provided equipment and invaded northwest Europe [our emphasis], Stalin and his commanders might have taken twelve to eighteen months longer to finish off the Wehrmacht,” Glantz noted.

“The result would probably have been the same, except that Soviet soldiers would have waded at France’s Atlantic beaches rather than meeting the Allies at the Elbe.”