Lesson Learned: What the Russo-Ukrainian War Means for Air Defense 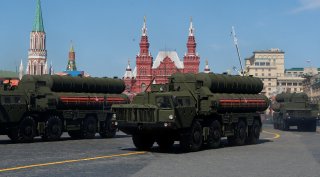 Russia’s war against Ukraine has shaken the entire world and countries, particularly in Europe, are busy drawing conclusions from this geopolitical earthquake.

Germany has decided to invest €100 billion in defense, a commitment that includes a decision to purchase Israel’s Arrow missile defense system. This was made possible following American approval (the United States is part of the Arrow development program).

The Netherlands recently approved a new defense budget totaling €5 billion, most of which is going to air defense systems that will be operated by the army, navy, and air force. The Dutch roadmap lays out increased defense spending until 2035. As a whole, NATO is working to build new detection components and defensive capabilities to deal with Russian aggression.

These developments are the product of a quintessentially human quality, namely, to only take action when dangers are painfully close, and there is no other choice. The world, however, is finally waking up to the new aerial threats and the changing nature of war. The war in Ukraine was not the first global wake-up call. In 2020, the conflict between Azerbaijan and Armenia over the Nagorno-Karabakh region made it clear that air defenses were crucial in determining victory and defeat.

As the war in Ukraine wages close to Western Europe, it has created alarm among several countries that had grown comfortable ignoring the threat posed by Russia. They have realized that they are not immune to it.

Israel, for its part, has spent the past three decades learning about the essential need for air defenses as its adversaries, first in Iraq but also in Gaza, Lebanon, and Syria, threaten its home front with arsenals of projectiles.

While Russia’s approach to warfare is not new—its doctrine has for decades been based on bombardment, attrition, and the destruction of morale, as seen in Syria, Chechnya, and Ukraine—what is new is that the Russo-Ukrainian War is playing out to a significant degree in the air.

Despite claims to the contrary, the Russians are not engaged in a ground maneuver in Ukraine. Instead, they are moving convoys in an administrative manner for tens or hundreds of kilometers to their destination. There are no armor-on-armor clashes or classic maneuvering taking place, but rather, the movement of ground forces to occupy territory or shell it into submission.

We are also seeing new warfare phenomena: unmanned aerial vehicles, quadcopters, cruise missiles, and new types of surface-to-surface projectiles. All of these represent a highly significant aspect of the war.

With Russia firing cruise missiles at Ukrainian cities 300 kilometers away from its territory, there is no longer any significance to the concept of a military front. Cities are now the main front. State assets, government facilities, and strategic civilian sites have become the primary targets. Power stations, train stations, road intersections, and airports are key targets in Russian eyes, as hitting them disrupts Ukraine’s ability to function continuously. The targets are not mainly military posts or armored formations but rather the Ukrainian home front.

The Ukrainians were not ready for this. They relied on old, limited Russian-made air defenses. The need to defend city centers and ensure that air defenses cover crucial sites like airports was not internalized in time.

But the penny has dropped in the halls of power in other European countries as they scramble to build new air defenses.

Meanwhile, the Russians have also neglected the centrality of air defenses for their ground forces. Lengthy Russian convoys were highly vulnerable to Ukrainian drone attacks, which led to the sudden stranding of forty-kilometer lines that entered Ukraine without any accompanying air defenses.

If Ukraine had received more unmanned aerial systems, it could have inflicted far more significant damage on Russian forces and have also stopped them in the east.

There is also a critical lesson here for Israel: The Israeli Defense Forces (IDF) must not give up building air defenses for future maneuvers into enemy territory. Unfortunately, it appears that the IDF has given up on this, choosing instead to rely on air defense batteries based in Israel to provide an “umbrella” over IDF forces.

This assumption rests on false foundations. Israeli military forces will be highly exposed to enemy unmanned aerial systems and rockets. Forces that move in the depth of enemy activity and are highly visible (like the Russian convoys) but lack air defenses are unacceptably at risk.

An additional lesson from the Russo-Ukrainian War is the need to develop regionally-integrated sensors to optimize early alerts and help countries quickly counter aerial threats.

For example, an Eastern European country could detect a missile launch in Russia and send the alert to the United Kingdom, giving it an early warning. Similarly, Israel and Gulf Sunni Arab countries could set up a similar system against Iranian threats, with forward sensors that could detect unmanned aerial vehicle and missile launches in time.

Finally, any integrated air defense network must feature an advanced joint command and control network to produce a complete sky picture. Such a system will tell users what threat is approaching, where it is, and the location of the enemy that launched it.

Sadly, the Ukrainians were unable to set up such a system before the war broke out. NATO is now looking to create such a command and control system, for a holistic sky picture that provides comprehensive coverage. Europe and moderate Middle Eastern states still have a long way to go in setting up such a system successfully.

B.G. Zvika Haimovich (IDF, Ret.) is a publishing expert with The MirYam Institute. He served as the Commander of the Israel Air Defense Forces from 2015-2018, during which time the David's Sling and Arrow 3 systems became operational.