Lie For Your Freedom? Why A Jailed Saudi Dissident Refused To Say She Wasn't Tortured 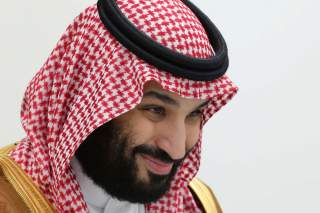 It’s been over a year since women have been allowed to drive in Saudi Arabia, but several of the activists who brought about that change are still locked up awaiting trial.

And now, the family of one of the activists, Loujain al-Hathloul, says that the Saudi government offered to release her if she promises to deny allegations of torture while in prison.

Al Hathloul’s siblings took to Twitter on Tuesday to share what they knew about the proposal put forth by the Saudi authorities:

Idk what I’m risking by writing this. Maybe it will harm my sister too. But I can’t keep it to myself.

Loujain has been proposed a deal : deny the torture and she’ll be free.
Whatever happens I am certifying it 1 more time:Loujain has been brutally tortured and sexually harassed.

Her brother Walid offered more details in a thread in which he said sister was asked to give filmed testimony denying mistreatment in exchange for freedom. The family had initially agreed, some weeks ago, he wrote, that Loujain would sign a statement to that effect, but the authorities came back demanding a video of the statement as well.

Loujain, he writes, rejected the offer:

When the state security asked her to sign the document for the video release, she immediately ripped the document. She told them by asking me to sign this document you are involved in the the cover up and you’re simply trying defend Saud Al-Qahtani who was overseeing the torture.

Al-Hathloul has been locked up since May 2018, when Saudi authorities rounded up activists shortly before the driving ban was to be lifted. The arrests took place because the authorities didn’t want the activists to take credit for the change in policy.

The official line was that the policy changed because of the benevolence of Crown Prince Mohamed bin Salman (also known as MBS), who is a friend and an ally of the Trump administration.

The Saudi government has painted these activists as traitors, attacking their characters in state-owned media.

By November, reports started to surface of the activists being tortured. Amnesty International released the testimonies of prisoners saying that they had been electrocuted, flogged, and suspended from the ceiling.

At the time this story broke, President Donald Trump, who had refused to blame Saudi Arabia for the murder of dissident journalist Jamal Khashoggi, remained silent on the topic. Instead, he thanked Saudi Arabia for increasing its oil production and lowering prices.

In April, Saudi Arabia arrested even more activists, including two dual U.S.-Saudi citizens. These activists had spoken out in support of those who have been locked up since May 2018.

Earlier this month, the Gulf Arab kingdom announced that it would allow women to travel without permission from a male guardian, meaning a woman who is 21 or older could get a passport and travel without the signature of a male relative.

Guardianship laws in Saudi Arabia govern virtually every aspect of women’s lives, personal and legal. They need the permission of a male relative to get married or to live by themselves.

This repressive guardianship system is largely the reason why an increasing number of women have tried to escape the kingdom, seeking amnesty in countries such as Australia and the United Kingdom.

She had been arrested several times before, with the most remarkable incident being when she was pulled over while driving in the UAE (where she was enrolled in a Master’s program at the Sorbonne campus in Abu Dhabi), hauled out of her car, taken to the Saudi capital of Riyadh, and thrown in prison.

She was released, banned from leaving the country, then arrested again two months later.

Since then, her parents have witnessed her health deteriorate in detention. Her sister Alia wrote in a January op-ed in the New York Times that Al-Hathloul initially tried to hide her pain from their parents, blaming the difficulty she had sitting and moving on the air conditioning. But by December, things were bad, and she broke down and told her parents what she had been forced to endure:

She said she had been held in solitary confinement, beaten, waterboarded, given electric shocks, sexually harassed and threatened with rape and murder. My parents then saw that her thighs were blackened by bruises.

Al-Hathloul told her parent that MBS’s top royal adviser, Saud al-Qahtani, had been present at several of her torture sessions. Al-Qahtani also oversaw the murder and dismemberment of Khashoggi via Skype. According to Bellingcat, al-Qahtani has a history of popping up in hacker forums and posting while (by his own admission) drunk.

He was fired at the behest of the Trump administration, which included him on a list of Saudis barred from entering the United States. He still remains in MBS’s inner circle, albeit in a less official capacity. There are also reports that he has been placed under house arrest.

His presence at al-Hathloul’s torture sessions, though, speaks to the official capacity in which the mistreatment took place — her beatings were not off-the-books, rogue operations.

While President Trump and Secretary of State Mike Pompeo have kept largely mum about Loujaine al-Hathloul’s case and others like it, the State Department’s own human rights country report, released in March, mentions her and many others.

However, the report also uses language that casts doubt on the human rights violations it cites, saying that “it was impossible to determine the legal basis for incarceration and whether the detention complied with international norms and standards.”

None of what has been listed in the report — from human rights violations in Saudi Arabia to its role in the deaths of tens of thousands of Yemeni civilians in the war there — has stopped the Trump administration from strengthening its ties with Saudi Arabia. This includes an $8 billion arms deal and approving the transfer of nuclear technology to the Gulf kingdom.

This article originally appeared at ThinkProgress on August 14, 2019.