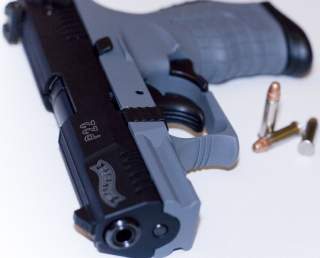 If you are fed up of your .22 pistol jamming every time you go down the range, it is probably time to get a new one, and this Walther is one of the best.

Overall, the Sig Sauer 1911-22 is our choice for the best .22 pistol for self defense because it looks and feels like a much more powerful gun than it is, and the classic design means that you are more likely to hit something in the heat of the moment.