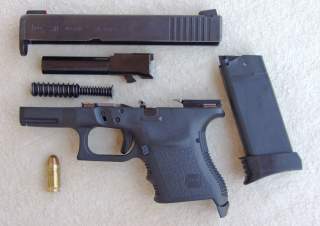 Introduced in 1983, the Desert Eagle brought rifle technology to the world of handguns, with gas piston design that siphons off hot gases from burning gunpowder and uses them to cycle the handgun.