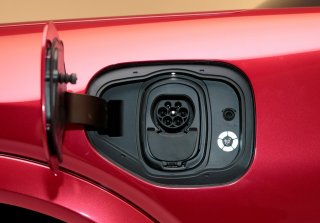 The statement came the day after President Joe Biden signed a flurry of executive orders made to electrify the federal government’s vehicle armada, pause oil leases on federal lands, and more. Combined with the company’s withdrawal from a Trump-era lawsuit against California’s fuel economy standards, one could be forgiven for believing this latest high-profile move is a shrewd attempt by GM chief Mary Barra to curry favor with the new White House occupant, who has placed climate initiatives at the center of his policy agenda.

But believing that the automaker’s new strategy is merely a bold public relations move is to ignore recent global developments in the electric vehicle and emissions space, namely those underway in China.

Last fall, China’s Ministry of Industry and Information Technology released a report laying out how the world’s most populous nation would transition its auto market—the largest in the world, accounting for a third of all global sales—to be “eco-friendly” by 2035. In practice, this means that half of all auto sales that year will be “new-energy” vehicles, defined as either electric (EVs), hybrid (PHEV), or hydrogen fuel cell-powered. Of these new vehicles, ninety-five percent will be EVs.

However, if Beijing is able to follow its roadmap and other major automakers follow General Motor’s footsteps in America (Ford has already announced its own plan), the global vehicle and emissions landscapes will shift gradually and, in just a couple of decades, will not at all resemble today’s market. This is especially true when taking into consideration the European Union and Japan, themselves the third and fourth-largest auto markets in the world respectively, and their strategies for phasing out traditional combustion engines in favor of PHEVs and EVs.

In the effort to move from the traditional combustion engine to a hybrid or electric model, petroleum products will lose the dominance in the transportation supply chain they have long enjoyed. While the oil and gas industry’s response to the GM announcement has been subtle (if nonexistent, though its lobby continues to push hard against government support for such trends), we can readily assume that the transition will negatively affect major public and private oil producers.

This worldwide transformation will turn on its head the geopolitical status quo that has defined global affairs over the last three-quarters of a century. As during any major systemic transition, winners and losers will emerge, redefining the domestic strategies and foreign policy of major powers and regional players alike.

Those with the most to lose are rentier states like Saudi Arabia, Iran, Iraq, Russia, and Venezuela. These nations—as well as their fellow Organization of Petroleum Exporting Countries (OPEC) members—are entirely dependent on revenue from the production and sale of petroleum products to fund their fiscally-demanding budget expenditures, in some countries accounting for more than three-quarters of total government revenue.

A permanent loss in market share in the world’s largest energy-consuming and auto markets, in other words, would be a death knell for petroleum exporters whose governments fail to diversify their economies. And because those hydrocarbons are being replaced by alternative energy sources and not other fossil fuels, the subsequent loss in demand would tank prices absent dramatic production cuts which, as seen during last year’s Russia-Saudi Arabia oil price war, are difficult to coordinate and implement, especially when producers are jockeying for remaining market share.

The members of OPEC and its partners (referred to as OPEC+) together account for nearly eighty-five percent of the world’s proven oil reserves, the vast majority of it concentrated in the Middle East, South America, and Eurasia. With these resource deposits, otherwise unremarkable nations have punched far above their geopolitical weight.

But the global shift from the combustion engine to cleaner technologies has deeper, if more subtle, ramifications for sovereign petroleum producers. More than just affecting their domestic outlays, a widespread and enduring loss in demand for these nations’ principal exports will hurt their international prestige and global geopolitical influence.

Saudi Arabia, for example, with its relatively unskilled population and weak private sector, weaponizes its unparalleled spare production capacity to control global oil supply, receive an outstanding amount of military support, and shield itself from consequences stemming from its egregious record on human rights. Iraq, the kingdom’s northern neighbor, has long been a geopolitical sink for major powers like the United States. Though Baghdad’s relative importance to the integrated energy market has been declining due to the rise of U.S. shale, its historical status as a major producer and its proximity to other exporters has given it outsized importance in the minds of American voters and lawmakers. Support for or at least apathy toward the now two-decades-long War on Terror—with its multi-trillion-dollar price tag, hundreds of thousands of casualties, and rise of the Islamic State—illustrates as much.

Venezuela and Russia too, with their backward economies, corrupt governments, and demographic crunches, have an outsized influence over the foreign policies of major powers. The former, which boasts the largest oil reserves in the world, has been a playground for great powers like the United States, Russia, and China for decades. The oil curse has led to systemic rot in its governmental and economic systems, creating millions of refugees and a regional national security crisis.

Russia, meanwhile, has used its sale of crude oil and natural gas to fund its aggressive election interference, its support for far-right political parties, and military adventures in Georgia and Ukraine. At the same time, Moscow weaponizes these resource endowments to shield itself from serious retaliation by its adversaries (principally EU member states), who are also its biggest customers. Not wanting to bite the hand that feeds them (lest Moscow turn off the spout again), regional players like Germany and Poland are reluctant to adequately confront the Kremlin, leaving President Vladimir Putin able to fund government expenditures and carry out his confrontational foreign policy agenda.

However, if major energy consumers like the United States, Europe, Japan, China, and South Korea follow through on their public and private-led pledges to transition from oil and gas-powered vehicles to cleaner alternatives, changes in supply chains will shift global geopolitical weight from petrostates to nations with resource endowments that can fulfill the needs of PHEV and EV manufacturers, especially when it comes to sourcing the main component of any new-energy vehicle: the battery.

The rush to secure resources will focus primarily on a few raw materials: lithium, cobalt, and nickel. Worldwide demand for the most pivotal of the three, lithium, is slated to more than double to just under a million metric tons (MT) in just four years. Similarly, demand for cobalt (specifically for its use in batteries) will be double the level it was in 2017 by 2025. Finally, McKinsey maintains that demand for high-quality nickel will nearly double from 2.2 MT to 4.0 million by 2030.

Just as the Gulf states and their cartel partners fueled postwar global economic growth, those nations who hold the largest deposits of the aforementioned minerals (and others, like graphite) will benefit most from the clean energy revolution, especially in regard to its transportation facet and its emphasis on battery technology. The gains will be two-fold; the first and most obvious are the economic benefits which, as demand grows, will be extraordinary. Second, those governments blessed (or cursed) with these resources will be able to use them as leverage, extracting geopolitical rents from desperate importers like the United States, China, Japan, and Germany.

The world’s lithium deposits are concentrated primarily in just a few countries. Chile and Australia alone account for the vast majority of proven reserves. That the well-endowed are stable, democratic, and developed nations in relatively peaceful parts of the world should be comforting to consumers, but jostling amongst buyers in America, Europe, and Japan and surging demand from developing states with massive labor forces like China and India will create supply bottlenecks easily exploitable by exporters.

The same geographic and political conditions do not apply to cobalt. Of the seven million metric tons worldwide, more than half are held by the Democratic Republic of Congo (DRC), one of the most corrupt states in the world. The DRC’s lack of infrastructure, chronic political instability, relentless violence, and anemic economic development will make resource extraction hopeless.

Still, if Congolese leaders wish to take full advantage of the technology developments in rich countries (they already hold a seventy percent market share), they will continue to partner with nations like China (whose leaders are indifferent to the repugnant optics such an arrangement creates) to build the necessary infrastructure. In the zero-sum world of Chinese resource extraction, other customers in the United States, Europe, and Asia may be effectively shut out.