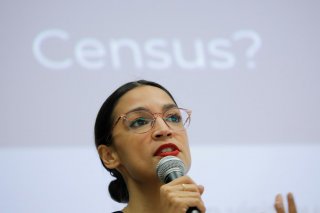 I’m quoted in Jack Arnholz’s report for ABC News on some of the problems with a very bad new scheme from Sen. Elizabeth Warren and Rep. Alexandria Ocasio‐​Cortez for an emergency ban on corporate mergers. Excerpt:

“A bill like this would harm the economy in general. It would in particular threaten workers, consumers, investors and those affected by the coronavirus,” Walter Olson, a senior fellow at the Cato Institute, told ABC News.

“In crisis conditions especially, mergers are a way for companies with a relevant strength, such as a strong balance sheet or superior distribution channels, to combine with others that may be weaker yet have vital assets such as promising research, a loyal consumer base, or a superior product line. If mergers are blocked, some weaker, yet valuable companies, will flounder, discontinue research, furlough workers or even enter bankruptcy,” he added.

Despite its prominent sponsors, the proposal is unlikely to pass a Republican‐​controlled Senate and White House. Olson said that the possibility the bill becomes law is unlikely.

“This bill is an exercise in political symbolism, not the way an advanced democratic country should approach antitrust policy. It’s the equivalent of a Trump tweet — it lets off steam, everyone can take sides, and it allows momentary domination of a not especially meaningful conversation until everyone moves on to the next,” Olson said.

Selling out to bigger companies is also a main means by which successful tech startups hit the mainstream and win wide distribution for their products; absent the prospect of being able to exit this way, fewer funders and principals will be interested in going the startup route. [cross‐​posted from Overlawyered]

This article by Walter Olson first appeared in CATO on April 30, 2020.