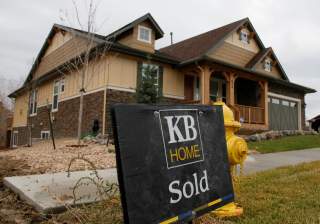 It’s January, so most state legislatures are kicking off their sessions. Across state capitols, one issue to monitor is the fallout from the Supreme Court’s 2019 landmark decision in Knick v. Township of Scott, a holding which may compel many local governments to rethink how they regulate private property.

Professor Ilya Somin coauthored an amicus brief to the Knick Court on behalf of the Cato Institute and other organizations, and he summarized the controversy as follows:

The main point at issue in Knick is whether the Court should overrule or limit Williamson County Regional Planning Commission v. Hamilton Bank, a 1985 decision that makes it virtually impossible to bring many types of takings cases in federal court. Under Williamson County, a property owner who contends that the government has taken his property and therefore owes "just compensation" under the Fifth Amendment, cannot file a case in federal court until he or she has first secured a "final decision" from the relevant state regulatory agency and has "exhausted" all possible remedies in state court. At that point, it is still often impossible to bring a federal claim, because various procedural rules preclude federal courts from reviewing state court decisions in cases where the case was initially brought in state court.

[Today] the Supreme Court in Knick v. Township of Scott ruled 5-4 that a government violates the Fifth Amendment's Takings Clause when it takes property without compensation, and a property owner may bring a claim to that effect in federal court at any time . . . Knick represents the culmination of many years of challenges to Williamson County, and years of effort to put property rights (and takings claims specifically) on the same procedural footing as other rights enumerated in the Bill of Rights.

No longer will courts relegate the Takings Clause to “second-class status” among our rights. Of course, the Knick holding is only the start. Now, states must deal with the constitutional consequences.

As Justice Elena Kagan noted in her dissenting opinion, “There are a nearly infinite variety of ways for regulations to affect property interests.” One such "way"—increasingly popular of late—involves local laws that obstruct mineral extraction on private property. Obviously, these measures would result in property owners losing some or all of the value of their subsurface mineral rights.

After Knick, affected property owners are much more likely to get their day in federal court to seek just compensation from the government. This access to courts, in turn, changes the dynamic between local governments and regulated entities. Most localities have insufficient resources to either litigate these challenges or provide just compensation (if they lost in court). The upshot is that Knick gives local governments a strong incentive to revisit recently passed roadblocks to oil and gas production.

Which brings us to Colorado, among the biggest beneficiaries of the recent revolution in American oil and gas production ushered in by technological breakthroughs in directional drilling and hydraulic fracturing. At present, the industry annually creates more than $30 billion in wealth for the state.

A mere months before the Supreme Court’s decision in Knick, Colorado Governor Jared Polis signed SB19-181, a massive overhaul to the state’s oil and gas regulatory regime. Among other measures, the law provides local governments with increased authority to limit subsurface property rights.

In Knick’s wake, some Colorado officials are asking hard questions about SB19-181. One of them is Sen. Kevin Lundberg. Almost a decade ago, I worked with Sen. Lundberg on the state’s implementation of the Clean Air Act, and I know he’s a serious lawmaker.

Last month, Lundberg led the Republican Study Committee of Colorado in a series of hearings on how SB19-181 will function in a post-Knick world. His findings are sobering: Potentially, “thousands of Colorado citizens who are mineral interest owners can have their day in Federal court” and seek “literally trillions of dollars.”

In his writeup of the hearings, Sen. Lundberg correctly observed that “Something has to give . . . If [state] policy makers are smart, they will unwind SB19-181 before it becomes a crisis for the entire state.”

During the new legislative session, Sen. Lundberg promised more hearings on the matter. Coloradans should hope his colleagues give this matter the attention it deserves. Even if the state lawmakers don’t act, I suspect that municipal and county governments in Colorado will think twice before they exercise their SB19-181 authority to constrain property rights.

This article by William Yeatman first appeared at the Cato Institute.