Look Out, Israel: China May Have Stolen The Iron Dome 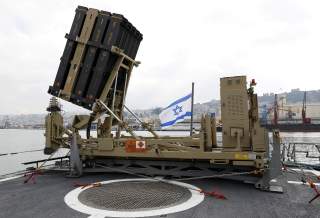