Loose Nukes: Pakistan's Nuclear Weapons Are A Nightmare for 1 Reason 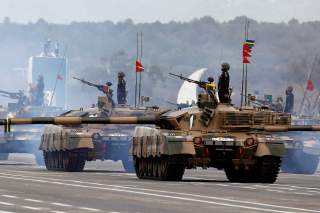 Key point: An unstable country in a dangerous neighborhood.