The M-16 Rifle Came to Be Thanks to North Korea 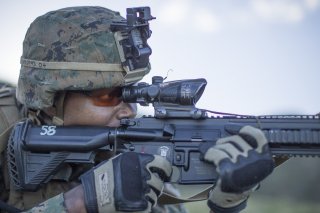 The obvious advantages of the M16 over the larger, heavier M14 in Vietnam, as well as the large number of U.S. troops deployed to Southeast Asia, led to further purchases and eventually the M16 overtook the M14 completely.

(Note: This is Part one of a three-part series which appeared several months ago.)