The M-91 Vihor Main Battle Tank: The Tank with Russian and American DNA 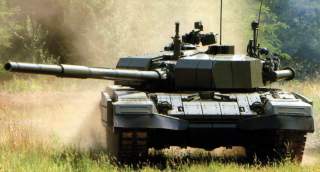