The M3 Stewart Light Tank was Better Without its Turret 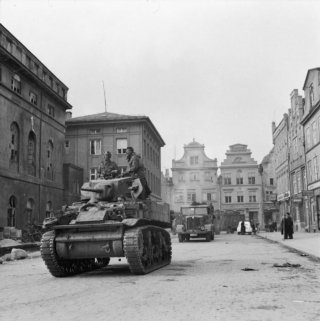 The M3 Stuart tank’s origin story begins with the M2, a light tank that preceded the M3. A product of the interwar years, the M2 was perhaps an adequate tank by pre-war standards though quickly became obsolete, lacking first and foremost adequate armor protection. As armored vehicle design matured, it became increasingly apparent that the tank’s 37mm main gun was also insufficient to take on vehicles with increasingly better armor protection. The M3 sought to address these shortcomings.

The M3 featured thicker armor and a redesigned hull that featured a much more conventionally angled hull glacis and offered better protection than its predecessor. The M3 also featured a redesigned suspension that increased the tank’s contact with the ground. While these were all positive developments, the M3 retained the M2’s 37mm main gun, a weapon that was almost from the outset of hostilities shown to be inadequate and underpowered against most Axis armor.

One after-action report derided the M3’s diminutive main gun and stated that "a Light Tank Battalion, armed with only 37mm guns, unless very skillfully employed with infantry, will suffer severe casualties in men and material. The Light Tank still has to depend on speed, maneuver, and selection of suitable targets if it is to be of very much use.”

Like most tanks of the era, the M3 had a four-member crew compliment, driver and assistant driver, as well as a gunner and commander — that were quite cramped in the M3’s small internal fighting compartment.

The United States exported the Stuart widely as a part of the Lend-Lease program which saw the United States deliver a variety of weapons and weapon platforms as well as foodstuffs and raw materials to Allied countries. Lend-Lease M3s given to British forces made their combat debut during the North African campaign against German armor.

Though the British praised the Stuarts for their mechanical reliability and speed, they had poor range — of utmost importance on North African campaign’s wide and remote desert plains. Another criticism was of course the M3’s 37mm main gun.

Stuarts were also given to the Red Army, where they were even less appreciated. One of the tank’s biggest shortcomings — despite being under armored and under-gunned — was the fact that early M3s required high octane fuel for their engines, which were essentially modified airplane engines.

Though not as much of an issue for the United States, the Soviet Union struggled to supply the M3s with the correct fuel type and generally relied on low octane or diesel fuel for their vehicles. Additionally, the M3’s narrow tracks resulted in a relatively high ground pressure despite the tanks' size, often bogging down the small tanks in Russia’s muddy spring and fall ground conditions.

British Commonwealth forces modified a number of Stuarts in the field: by removing the tank’s turret and up-armoring the platform, these “Kangaroos” served rather successfully as armored personnel carriers. Contrary to what the M3 Stuart’s designers envisioned, the tank was in this regard better without a turret and main gun than it had been with one.