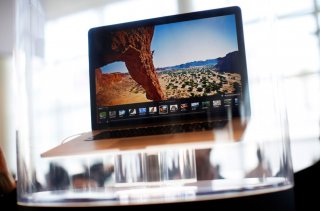 For a while there, it really seemed like we saw the last of the MacBook Air. But as we collectively wrote off this once-groundbreaking product, the updated 2020 MacBook Air has pulled apart the curtains and entered the laptop wars, much to the delight of all die-hard Apple fans out there.

Design-wise, the 2020 version isn’t much different from previous years, but what stands out the most is that it’s going to be gentle on your wallet. Apple has decreased the Air’s price from $1,099 for the entry-level model to only $999. This could indeed draw someone who’s been straddling the fence for years into the Apple ecosystem. Moreover, Apple’s education discount—available to current and newly accepted college students, their parents and educators—brings the price down another $100 to $899.

Let’s keep in mind that the MacBook Air is already twelve-years-old, and throughout much of the past decade, the design hasn’t wavered much. The qualities that define this particular laptop are “thin” and “light,” and that won’t probably ever go away.

That’s a good thing because the main draw of the Air is its untouchable portability. It’s lightweight enough the carry around without lacking the proper processing power that other inferior slim laptops have been called out for. But it has never had the oomph of the MacBook Pro and it never will. If you ever need to use resource-intensive applications and programs, just skip the Air line and head straight to the Pro.

The big treat for Air fans is the updated keyboard, as Apple has further moved away from its butterfly mechanism to the scissor one, which means that the keys actually retract as you type, much like a traditional computer keyboard. This is the same Magic Keyboard that launched with the 16-inch MacBook Pro.

Other than being a bit louder than previous generations, there is hardly any difference between typing on the Air’s keyboard and on the 16-inch MacBook Pro. More importantly, this keyboard is thought to be much more reliable than in the past when Apple faced countless complaints and suits regarding jammed keys.

As for the computing power, the entry-level Air now comes with a 10th-generation 1.1GHz dual-core Intel i3 processor. In addition to the new starting chipset, Apple also gives two quad-core options, in which users can select a 1.1GHz quad-core i5 or a 1.2GHz quad-core i7.

The excitement is palpable and that shows that the MacBook Air is still a relevant player in the laptop market. With the price points seemingly sinking lower and lower, perhaps this is the perfect time to make that leap into Apple’s ecosystem.