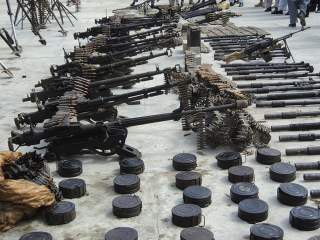 One final problem could rain on your minigun parade; the system is designed to work with the PKM machine gun, which is a rather hard find in the American inventory — unless you are playing OpFor, that is.