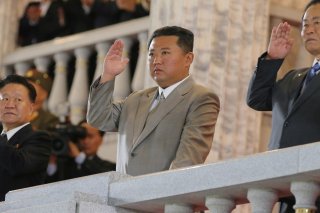 A U.S./Canadian dual citizen was sentenced this week to 140 months in federal prison for an elaborate money-laundering scheme that involved tens of millions of dollars—and the participation of North Korean cybercriminals.

According to the Department of Justice, the thirty-six-year-old man pled guilty to two counts of conspiracy to commit money laundering and also agreed to make $30 million in restitution payments.

“International money launderers provide critical services to cybercriminals, helping hackers and fraudsters to avoid detection and hide their illicit profits,” Assistant Attorney General Kenneth A. Polite Jr. of the Justice Department’s Criminal Division said in the DOJ release. “Small and large companies, a university, banks and others lost tens of millions of dollars in this scheme.”

According to a Bloomberg News story back in February, a “Nigerian Instagram star” known as “Hushpuppi” conspired with the North Korean man in the scheme.

Also in February, the government announced an indictment of three North Korean military hackers in what was described as a “wide-ranging scheme to commit cyberattacks and financial crimes across the globe.” That announcement had stated that “a Canadian-American citizen”—presumably the man sentenced this week—had agreed to plead guilty in the case, which involved “ATM ‘cash-out’ operations and a cyber-enabled bank heist orchestrated by North Korean hackers.”

“This defendant served as an integral conduit in a network of cybercriminals who siphoned tens of millions of dollars from multiple entities and institutions across the globe,” Acting U.S. Attorney for the Southern District of Georgia David H. Estes said in a release this week. “He laundered money for a rogue nation and some of the world’s worst cybercriminals, and he managed a team of co-conspirators who helped to line the pockets and digital wallets of thieves. But U.S. law enforcement, working in conjunction with its partners throughout the world, will bring to justice fraudsters who think they can hide behind a computer screen.”

One of the crimes entailed sending spoofed emails to a university, in which the man posed as a construction company vendor that was asking for payment. The university fell for the scheme, per the DOJ, transferring 11.8 million Canadian dollars (approximately $9.4 million) to the scammers.

The scams also involved participation in what the Department of Justice described as “a 2019 North Korean-perpetrated cyber-heist of a Maltese bank.”

John Demers, who was the assistant attorney general for the Department of Justice’s National Security Division, has described North Korea’s hackers as “the world’s leading bank robbers.”