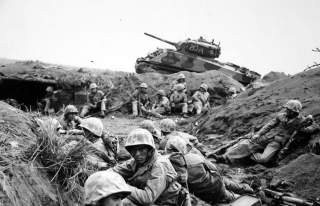 Key point: Soldiers share experiences, even when on opposite side of the battlefield.