Massacre At Pearl Harbor: Sailor Kills Two Before Turning Gun On Himself 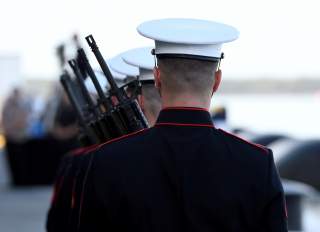 Two civilians were killed and a third was injured at Joint Base Pearl Harbor-Hickam in Honolulu Wednesday when a U.S. sailor began shooting on base.

The shooter, whose name has not been released, then killed himself, according to Rear Adm. Robert Chadwick. The names of the victims have also not been released, although it was confirmed that they were all civilians. The injured civilian is in stable condition at a hospital.

“We are saddened by this incident, & our thoughts & prayers are with the victims & their families,” Chadwick said in a statement on Twitter.

“We are saddened by this incident, & our thoughts & prayers are with the victims & their families,” said Rear Adm. Robert Chadwick, Commander, @NavRegHawaii. “The @PHNSYIMF is a vital part of our Navy ohana, & we have generations of people, families, who work there. 2/5

All three victims were shipyard civilian employees, according to a statement Joint Base Pearl Harbor-Hickam released on Twitter. The shooter was confirmed as a male who had been assigned to the USS Columbia.

“Base security, Navy investigative services and other agencies are investigating the incident. The names of the victims will not be released until the next of kin have been notified,” according to the base’s Twitter.

The motive behind the shooting is not immediately known. It comes just a few days before the 78th anniversary of the Japanese attack of Pearl Harbor, which will be commemorated Saturday.