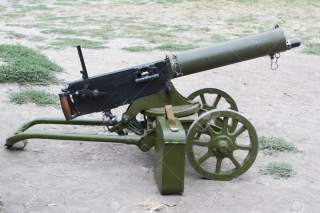 Key Point: It was the precursor to later more manageable heavy machine guns.