Medicaid Improper Payments are Much Worse Than Reported 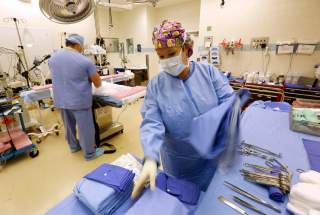 There’s one important caveat, however. The Obama administration did not perform Medicaid eligibility audits for fiscal years 2014-2017. Instead, it simply plugged the eligibility rate from the pre-Obamacare era into its improper payment calculations. This change would tend to hide any increases in improper enrollments that may have accompanied the implementation of ObamaCare’s Medicaid expansion. Indeed, other evidence suggests severe eligibility errors and problems accompanied the Medicaid expansion. As a result, the 2015, 2016, 2017, 2018, and 2019 reports likely underestimate the true extent of Medicaid improper payments because they use pre-ObamaCare data to describe what was happening under ObamaCare.

So it’s a very big deal that CMS’s 2019 report showed a 5.1 percentage point increase in the three-year moving average—from 9.8 percent to 14.9 percent—compared to the 2018 report. Note that while both reports’ averages use imputed improper payment rates for fiscal years 2016 and 2017 based on pre-2014 (i.e., pre-ObamaCare) data, the newest three-year average replaces the pre-ObamaCare rate used for 2015 with the actual, post-ObamaCare estimate for fiscal year 2018.

Even this much higher three-year rolling average is likely too low. CMS surveys the 50 states and DC in cycles – with 17 jurisdictions each year. The 2019 report updates the payment rate with “Cycle 1” states – which includes Arkansas, Connecticut, Delaware, Idaho, Illinois, Kansas, Michigan, Minnesota, Missouri, New Mexico, North Dakota, Ohio, Oklahoma, Pennsylvania, Virginia, Wisconsin, and Wyoming. Recent OIG government audits of newly eligible Medicaid expansion enrollees known as “new adults” in California, New York, Colorado, and Kentucky, as well as non-newly eligible enrollees in California, New York, and Kentucky find serious program integrity issues and high improper payments during the 2014-2015 initial implementation of Obamacare. None of these states with well documented issues with their expansions were included in Cycle 1. Neither are Louisiana or Oregon, where state audits showed significant problems with how those states were conducting eligibility reviews.

In a forthcoming Mercatus paper, we find that the 12 expansion states with the largest rates of improper eligibility were New Mexico, California, Kentucky, Rhode Island, West Virginia, Oregon, Washington, Arkansas, Colorado, Louisiana, Montana, and New York. Yet, the CMS report only includes two of them (New Mexico and Arkansas). The result is that the 2019 estimate uses data that are not only not up to date, but also unrepresentative. An estimate employing up-to-date and representative data would show an even higher improper payment rate. Moreover, the sheer size and extent of improper enrollment problems in California will raise the cycle-specific rate for the 2020 report.

Looking across the entire country and fully accounting for eligibility problems, it is possible, if not likely, that the improper payment rate is as high as 25 percent of federal Medicaid expenditures, or nearly $100 billion a year. That’s more than the entire $70 billion CMS actuaries estimate the federal government spend on ObamaCare’s Medicaid expansion in 2018.

Improper payments in Medicaid are a real problem for policymakers, and it is imperative that CMS finally take this problem seriously. Next week, the Mercatus Center will publish a new paper we authored that explains the problem in greater detail, including which states have the highest rates of improper payments, and makes a series of recommendations for reform.

This article by Aaron Yelowitz and Brian Blase first appeared at the Cato Institute.