The Medicine Plant That Could Have Changed the World. 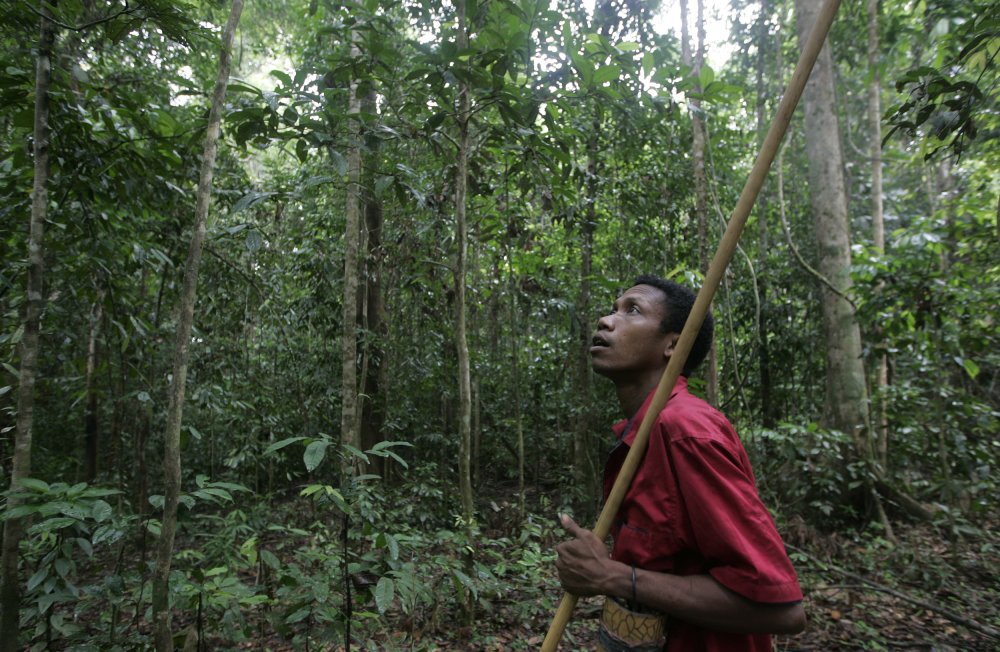 Growing up in Tanzania, I knew that fruit trees were useful. Climbing a mango tree to pick a fruit was a common thing to do when I was hungry, even though at times there were unintended consequences. My failure to resist consuming unripened fruit, for example, caused my stomach to hurt. With such incidents becoming frequent, it was helpful to learn from my mother that consuming the leaves of a particular plant helped alleviate my stomach pain.

This lesson helped me appreciate the medicinal value of plants. However, I also witnessed my family and neighboring farmers clearing the land by slashing and burning unwanted trees and shrubs, seemingly unaware of their medicinal value, to create space for food crops.

But this lack of appreciation for the medicinal value of plants extends beyond my childhood community. As fires continue to burn in the Amazon and land is cleared for agriculture, most of the concerns have focused on the drop in global oxygen production if swaths of the forests disappear. But I’m also worried about the loss of potential medicines that are plentiful in forests and have not yet been discovered. Plants and humans also share many genes, so it may be possible to test various medicines in plants, providing a new strategy for drug testing.

As a plant physiologist, I am interested in plant biodiversity because of the potential to develop more resilient and nutritious crops. I am also interested in plant biodiversity because of its contribution to human health. About 80% of the world population relies on compounds derived from plants for medicines to treat various ailments, such as malaria and cancer, and to suppress pain.

Future medicines may come from plants

One of the greatest challenges in fighting diseases is the emergence of drug resistance that renders treatment ineffective. Physicians have observed drug resistance in the fight against malaria, cancer, tuberculosis and fungal infections. It is likely that drug resistance will emerge with other diseases, forcing researchers to find new medicines.

Plants are a rich source of new and diverse compounds that may prove to have medicinal properties or serve as building blocks for new drugs. And, as tropical rainforests are the largest reservoir of diverse species of plants, preserving biodiversity in tropical forests is important to ensure the supply of medicines of the future.

The goal of my own research is to understand how plants control the production of biochemical compounds called sterols. Humans produce one sterol, called cholesterol, which has functions including formation of testosterone and progesterone - hormones essential for normal body function. By contrast, plants produce a diverse array of sterols, including sitosterol, stigmasterol, campesterol, and cholesterol. These sterols are used for plant growth and defense against stress but also serve as precursors to medicinal compounds such as those found in the Indian Ayurvedic medicinal plant, ashwagandha.

I am fascinated by the similarities between how humans and plants manufacture sterols, because identifying new medicines that block sterol production in plants might lead to medicines to treat high cholesterol in humans.

An example of a gene with medical implications that is present in both plants and humans is NPC1, which controls the transport of cholesterol. However, the protein made by the NPC1 gene is also the doorway through which the Ebola virus infects cells. Since plants contain NPC1 genes, they represent potential systems for developing and testing new medicines to block Ebola.

This will involve identifying new chemical compounds that interfere with plant NPC1. This can be done by extracting chemical compounds from plants and testing whether they can effectively prevent the Ebola virus from infecting cells.

There are many conditions that might benefit from plant research, including high cholesterol, cancer and even infectious diseases such as Ebola, all of which have significant global impact. To treat high cholesterol, medicines called statins are used. Statins may also help to fight cancer. However, not all patients tolerate statins, which means that alternative therapies must be developed.

The need for new medicines to combat heart disease and cancer is dire. A rich and diverse source of chemicals can be found in natural plant products. With knowledge of genes and enzymes that make medicinal compounds in native plant species, scientists can apply genetic engineering approaches to increase their production in a sustainable manner.

To help students in my genetics and biotechnology class appreciate the value of plants in medical research, I refer to findings from my research on plant sterols. My goal is to help them recognize that many cellular processes are similar between plants and humans. My hope is that, by learning that plants and animals share similar genes and metabolic pathways with health implications, my students will value plants as a source of medicines and become advocates for preservation of plant biodiversity.