Meet the 5 Best Aircraft Carriers of All Time 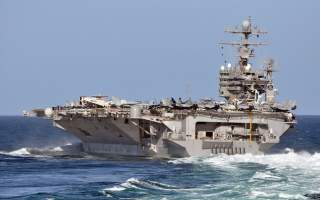 A fighting ship isn't just a hunk of steel but a symbiosis of crewmen and materiel. The finest aircraft carrier is one that's both well-suited to its missions and handled with skill and derring-do when and where it matters most.

(Editor's Note: This piece was first posted on Feburary 5, 2014. It is being recirculated due to reader interest.)