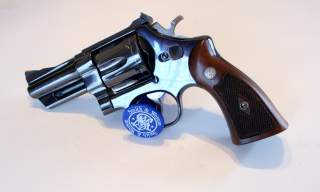 A postwar German arms maker that rose from the ashes of the legendary Mauser corporation, Heckler and Koch has made a reputation building innovative, reliable firearms.

Could the Colt Python Be the Best Revolver on the Planet?