Meet the 5 Worst Guns on the Planet (From Russia) 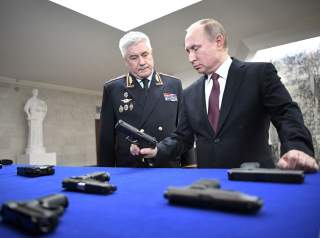 Ever since its adoption as the new primary sidearm of the Russian army and Interior Ministry in 2003, the PYa has found itself plagued with numerous problems.