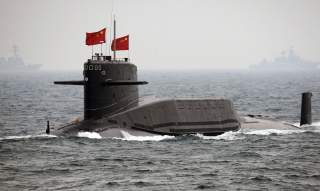 Seeking to overcome the Pacific’s “tyranny of distance” dispersed geography, and track China’s expanding fleet of submarines, the Navy is working with Congress to produce as many as three Virginia-class submarines per year, moving beyond the current plan to build two. In the air, the Navy has been moving to place its new Triton sea drones in Guam and has recently awarded Boeing a $2.4 billion deal to produce 19 more P-8A Poseidon surveillance and attack planes.

Currently in service with UK, Norwegian and Australian militaries, among others, the Poseidon is increasingly in demand in the international market.