Meet Browning's High Power GP35 Handgun: A Gun Too Far Ahead of Its Time? 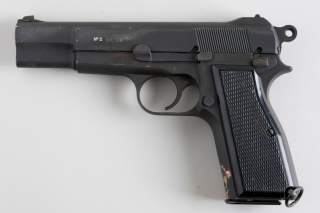 Key point: Browning made many successful guns, and the GP35 was no exception. The gun was reliable and similar to the later "Wonder Nines" of the 1980s.

Kyle Mizokami is a defense and national-security writer based in San Francisco who has appeared in the Diplomat, Foreign Policy, War is Boring and the Daily Beast. In 2009, he cofounded the defense and security blog Japan Security Watch. You can follow him on Twitter: @KyleMizokami. This first appeared earlier in 2019.