Meet "Dead Hand": This Might Be Russia's Most Terrifying Nuclear Weapons Idea Yet 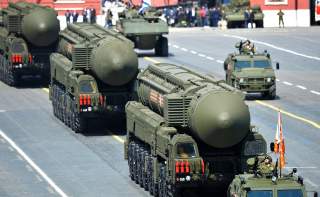 If Russia is now discussing Perimeter publicly, that’s reason for the rest of us to worry.