Meet the Deadliest .45 and 9mm Caliber Guns on Planet Earth 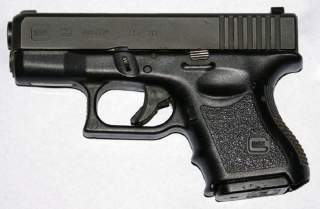 The XD is a striker fired, double-action only handgun with a polymer frame and metal slide. It has an overall length of 7.3 inches with a four inch, hammer forged steel barrel. Like the 1911 series pistols it has a grip safety to prevent accidental discharge.