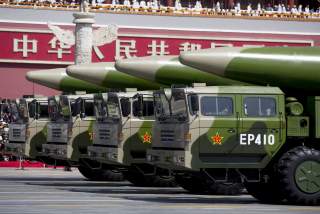 Key point: The PLA has been preparing for a major naval war for a while now.